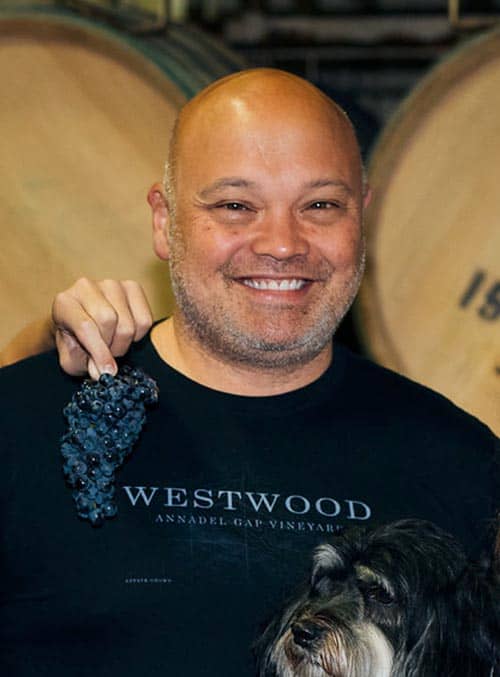 A passionate businessman, wine collector and investor, Carl’s journey with Westwood began in 1998 as he was leaving his friends and their partnership in Philadelphia and moving to New York City to join his bride. Carl is grateful to have had the opportunity to help build and grow over a dozen companies over the past 25 years.

Carl lends his business knowledge, invincible energy, and unwavering commitment to making the wines and the team of Westwood exceptional.

Carl, Doug, George, and Nat have been business partners long enough to know that what succeeds in business is a commitment to teamwork. Now with their partnership with an exceptional winery team, they are proud to share with you their wines from Westwood and their Annadel Gap Vineyard. 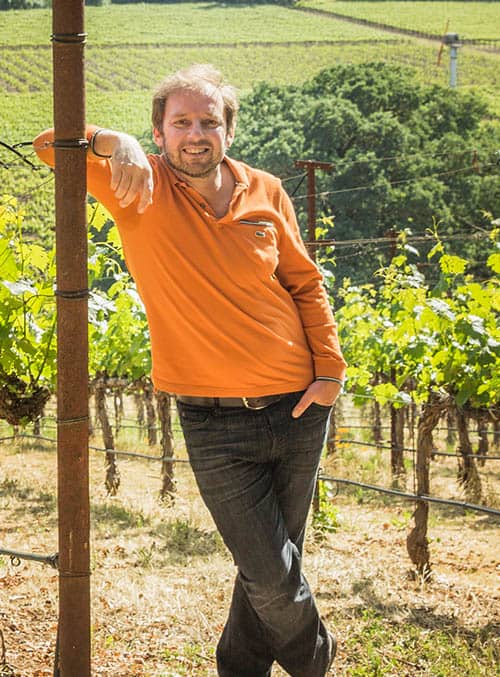 Like the celebrated wines on which he’s built his reputation, Philippe Melka’s career has been influenced by the soil.

A native of Bordeaux, Philippe grew up intrigued by the intricacies of the land around him. When it came time for college, he acted on his childhood interests, earning a degree in Geology at the University of Bordeaux. In his final year, a class in winemaking was a turning point, propelling him to earn a Master’s degree in Agronomy and Enology.

Philippe has the rare combination of talent and fortune to be a winemaker who started at the top: his first job out of school was at Château Haut-Brion. He has been trained and influenced by some of the most notable personalities in the wine business, including Jean Delmas and Jean Philippe Masclef from Haut-Brion, Christian Moueix and Jean Claude Berrouet from Petrus, Paul Draper from Ridge, and the globetrotting wine consultant Michel Rolland with whom he continues to work with on consulting projects.

His first job in the Napa Valley was studying soils for Dominus Estate from 1991 to 1993. The terroir here was a revelation for him and although he went back to France afterward, taking a position with Château Pétrus, he returned to the valley in 1994 and has called this his home ever since. For the past 20 years, Philippe has served as the winemaking consultant for some of Napa’s most highly regarded properties.

Melka is already at work with Westwood’s vintage 2017 wines, which will bear his influence as the final lots and blends are selected for release in 2019.  Melka will have complete control of the 2018 vintage. Of his new position at Westwood, Melka notes,

“Westwood has already been gaining great acclaim and attention for the award-winning wines crafted from this unique and unexpected gem of a vineyard. Looking ahead, we’re excited to unlock the soul of this special site and take the wines even higher.” Melka will complete many Westwood wines from the 2017 vintage and will direct farming and winemaking going forward. 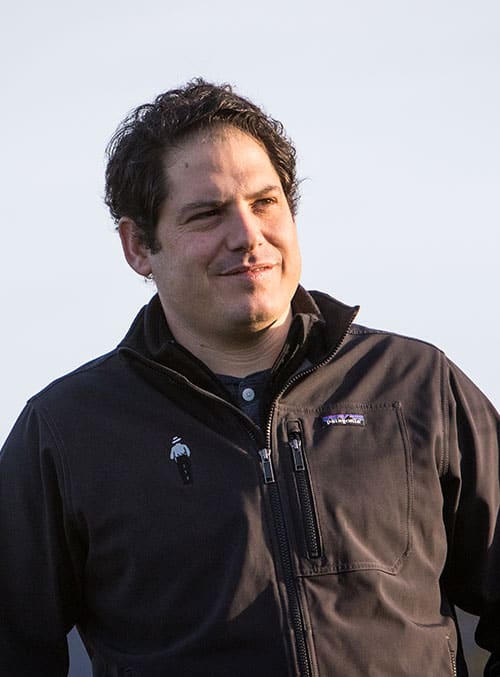 Maayan was born and raised in Israel, where he practiced judo from the age of 4 until he joined the army at the age of 18. He served in the IDF for almost four years as a paratrooper. After leaving the army, Maayan traveled around the world for a few years and began to feel the calling for wine. He got his start working at some of the leading wineries in Israel, including Margalit Winery.

After moving to Napa, Maayan found himself working with some of the most exceptional vineyards in the world. In a short time, Maayan has amassed an impressive winemaking resume spanning from the vineyards of Israel to Screaming Eagle and Dalla Valle in the Napa Valley, working alongside some of the top winemakers and among the most coveted terroirs in the world.

In early 2014, he joined Atelier Melka as the Director of Winemaking and joined Westwood Estate Wine with Melka in 2018.

Maayan lives in Napa with his wife, Dana, and their three beautiful children. Along with spending time with his family, Maayan loves to cook, going to the market, gardening, hiking, biking, traveling, and exploring California. 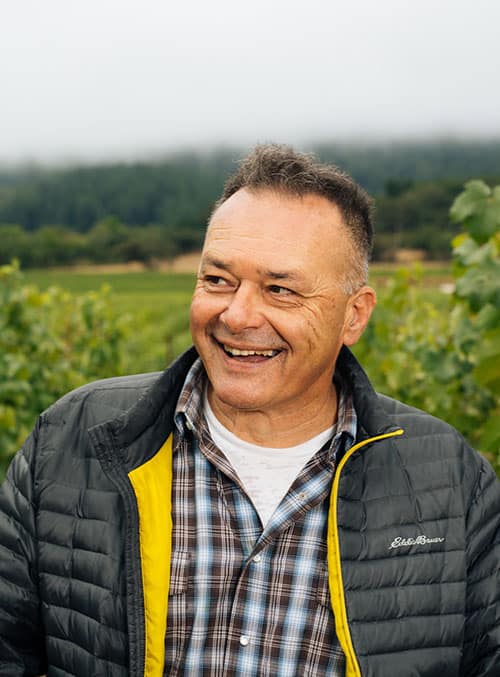 Philippe is a 25th generation vine grower, winemaker, and farmer who has spent his entire life farming and tending vineyards and orchards in his native Provence as well as on Corsica, in Switzerland, Pennsylvania, and California.

Philippe was extensively involved with the prestigious M. Chapoutier Domaine – where he supervised the Biodynamic certification of the Banyuls and Collioure appellations, as well as overseeing the Biodynamic farming of 130 acres of vineyards in the Hermitage, Crozes-Hermitage, Cornas, St Joseph, Condrieu, and Châteauneuf-du-Pape appellations. He arrived in California in 2006 and has worked and consulted with a number of vineyards, including Tablas Creek Vineyard, Bonny Doon Vineyards, Bien Nacido Vineyards, Grgich Hills Estate, Preston Vineyard, Grimm's Bluff Vineyards, and Paul Lato's Wines.

Philippe works together with Silverado Vineyard Management to preserve the biodiversity of the site with the goal of creating the most authentic and expressive wines from our Estate. 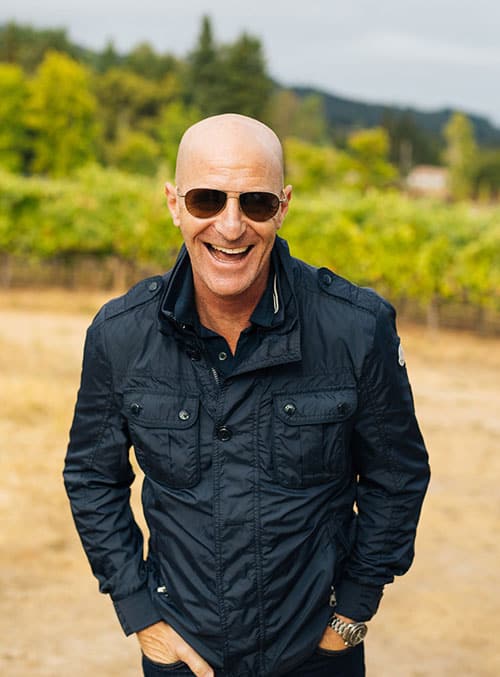 As Managing Director to the team, David brings an extensive background in developing, growing, and managing ultra-premium and luxury wine brands in Napa and Sonoma Counties. Before devoting his work to Westwood, he was brought on at Dana Estates in 2006 along with Philippe Melka to craft their first vintage and help define the cult status the brand enjoys today. In addition, David has developed, managed, operated, and consulted on strategic planning and business development for Cliff Lede, Price Family Vineyards, Clos du Val, Lancaster Estate, Renteria, Boich Family Cellar, and Evening Land Vineyards. He also was General Manager for Joel Gott Wines and President of Brassfield Estate Winery. David has collaborated with David Ramey since the 2002 vintage and is delighted to be reunited on this extraordinary endeavor together.

Victoria Ash comes to Westwood Estate Wine with an enviable record of sales leadership, most recently as the Pacific Region Manager for Purple Wine & Spirits. She began her career in New York, graduating from Syracuse University and achieving Level One Certification from the Court of Master Sommeliers. While based in Southern California, her assignments have included Western Region Director and Wine specialist for Martini & Rossi, and as Southwest Division Manager for the Mendocino Wine Company, launching the Paul Dolan Vineyards line of Biodynamic wines. She managed major distributor teams for Beam Wine Estates and created an Event Marketing Manager role for E&J Gallo, focusing on trade marketing and event management. At Westwood, Ash leads an expanding group of luxury trade partners who present Westwood’s notable estate wines.